The Health Benefits of Coffee: Just How Good is Coffee for You?

If your daily routine begins with pouring a strong coffee into your vessel of choice, you might have wondered how your love affair with the roasted bean might be impacting your health.

Have you ever worried about the effects of caffeine as your apparent ‘efficiency’ reveals itself to be a raised heart rate? Maybe you’ve wondered if it’s possible to believe what you have read in the press about the health benefits of coffee consumption.  We’re going to explore the health benefits of coffee, and discuss whether it’s good or bad for you.

Is Coffee Good for You?

If you were to ask a variety of health experts, the chances are that you’ll be advised to rein in your coffee habit if you’re drinking a lot. It always seemed to be the default position in the past that coffee is pretty powerful stuff that should be handled with care. A particularly zealous non-profit organisation in California is even claiming that coffee should carry a health warning. Recently, though, researchers around the world have unearthed some fairly convincing arguments as to the positive effects of drinking coffee – from the prevention of illnesses to increased cognitive function.

What are the Short-term Effects of Caffeine on the Body?

Caffeine is the element that initially springs to mind as the active element in your brew, indeed, it is the world’s most widely used psychoactive substance. When caffeine enters the blood stream it causes an increase in neuron activity, creating an alert to our system and producing adrenaline – what is usually termed the “fight or flight” response. That caffeine ‘buzz’ is your body being put into readiness for action – raising your blood pressure and increasing your ability to react.

In terms of chemical structure, caffeine is virtually identical to adenosine – the hormone that informs your body to start feeling sleepy at the end of the day. Caffeine can easily bind to the adenosine receptors, block their effect and prevent your tiredness taking hold.

In addition, by blocking the receptors that are normally reserved for adenosine, the feel-good hormone dopamine is allowed freer rein to flood your system by not having to give way to sleep inducing adenosine. The result is a natural high and feeling of wellbeing.

How Much Coffee is too Much?

Sure, caffeine could have adverse consequences when taking in huge doses but what constitutes a dangerous dose depends on individual tolerance, age, weight and other health issues – for example if you have naturally high blood pressure. Safe levels advised by health experts sit at around 400mg per day which probably won’t be exceeded by most people. That said, you should be careful if consuming energy drinks during the day as well as drinking coffee – particularly if you are young; you will be one of the growing consumer segments for gourmet or espresso based drinks and chief targets for the energy drinks market. There are concerns that people could be combining the two and overdosing without realising.

The Caffeine Content of Favourite Every Day Drinks in the UK

Can You get Addicted to Caffeine?

If you are drinking coffee everyday there is the chance that you will suffer withdrawal if you should suddenly decide to stop but addiction is rarely a problem in the true sense. While you might perceive your need to drink coffee everyday as an addiction, caffeine in the form of coffee drinking is not generally considered dangerous. Heavy users however may be substituting it for a good night’s sleep which will affect your ability to operate normally. Depending on how often you drink, at what time of day and how much you drink at a time, addiction can be broken easily should it worry you – with headaches likely to be the most noteworthy symptom of withdrawal.

Are there Positives to Caffeine?

Simply put, yes there are. For those of us that are enthusiastic but moderate coffee drinkers, positives include enhanced cognitive abilities and working memory. Sensible consumption is unlikely to harm you and evidence does suggest that caffeine in safe quantities has some truly positive effects.

For example, research has shown that drinking coffee has a significant role in the prevention of Parkinson’s disease, particularly in men. In a study involving almost 6500 women, coffee drinking and reduction in reports of cognitive disorders such as Alzheimer’s and dementia were also found to have a “significant relationship” although the study is careful not to establish a definite cause and effect. (7)

Those with type 2 diabetes ought to be a little more vigilant as coffee drinking has shown in research that it can increase blood sugar levels although research does show that it may be good as a preventative measure against the disease for those that could be susceptible.

In America, early indications in a study of more than 9,000 people show that colorectal cancer, the third most common in the United States, was positively affected by coffee consumption. That’s a big deal when considering that half of all cancer deaths in the UK are attributed to bowel, lung, breast or prostate cancer. Ongoing research is looking to fully understand why coffee should have such a powerful effect against cancer in the gut but scientists continue to speculate about the complex components and chemical elements – fuelling the desire to discover more.

Caffeine is a known antioxidant as is polyphenol, another active ingredient in coffee, both known inhibitors of cancer cells – so that is one possibility. Other compounds that arise in the coffee roasting process are thought to assist natural gut strength while another study suggests that drinking coffee can also reduce the chances of skin melanoma.

Can the Body Metabolise Caffeine Easily?

Certain groups can metabolise caffeine more quickly while others cannot. Smokers, for example, can remove caffeine from the system twice as fast as non-smokers while children, pregnant women and those with liver disorders are far slower. Perhaps the best quote on the subject comes from Steven Meredith, postdoctoral research fellow in an interview with Medical Health Today “…the effects of caffeine (also) vary, simply because we’re all different.”

Coffee and Stress; the not so Good News

According to a report from Department of Psychiatry, Duke University Medical Center in North Carolina, caffeine consumption has been shown to increase the stress hormones cortisol and epinephrine that signal the body to produce adrenalin. That’s not necessarily great news for those suffering anxiety or stress who could really use good sleep patterns and avoid the over-excitement of chemical balance in the body.

Coffee and Stress; the Good News

Scientists claim that coffee may have the potential to reduce both emotional and physical stress. In the same way that coffee has the power to keep you alert, its effects on the brain can also help your body fight off symptoms of stress and stress-related diseases. In one study, the blood pressure of regular coffee drinkers wasn’t affected under stress when compared with those that don’t drink coffee on a regular basis who showed very definite increases.

Are there Alternative Ways to Enjoy Coffee?

Advocates of cold brewed coffee claim that the only way to maintain the beneficial antioxidants is not to prepare it with boiling water. The claim comes from some nutritionists who believe that heating coffee releases acidic oils and this change in molecular structure, from a mostly alkaline state to an acidic one, means that we aren’t achieving the most for our bodies. Only our stomach is acidic, the rest of our digestive system is alkaline. By brewing coffee hot, we could be limiting some of the benefits inherent in the natural product. This also seems to bear itself out when considering that the symptoms of Gastroesophageal Reflux Disease or GERD have been seen in some heavy coffee drinkers. The taste of cold coffee, however, is arguably an acquired one, with some less than encouraging thoughts shared online among those who have tried it!

Is Coffee a new ‘Superfood’?

Problems will always arise when the press continually run stories about how latest research has discovered a single answer to all of your health problems and it’s just as difficult to discover the truth behind the headlines when it comes to coffee. Research will always offer correlations between data gathered and results that don’t necessarily state but imply cause and effect, regardless of the laboratory’s credentials or status.

Go Ahead and Enjoy your Coffee

Over one and a half billion cups of coffee are consumed daily worldwide. The chances of every coffee drinker experiencing precisely the same effects are slim when taking into account other health and lifestyle factors. If suffering with anxiety, high blood pressure or insomnia, you’ll need to take a view on whether your coffee habit is one to keep. For the vast majority of us, coffee has been and will remain a faithful breakfast staple, an afternoon pick-me-up and one of the world’s greatest daily pleasures, so here’s a thought; why not just enjoy it? 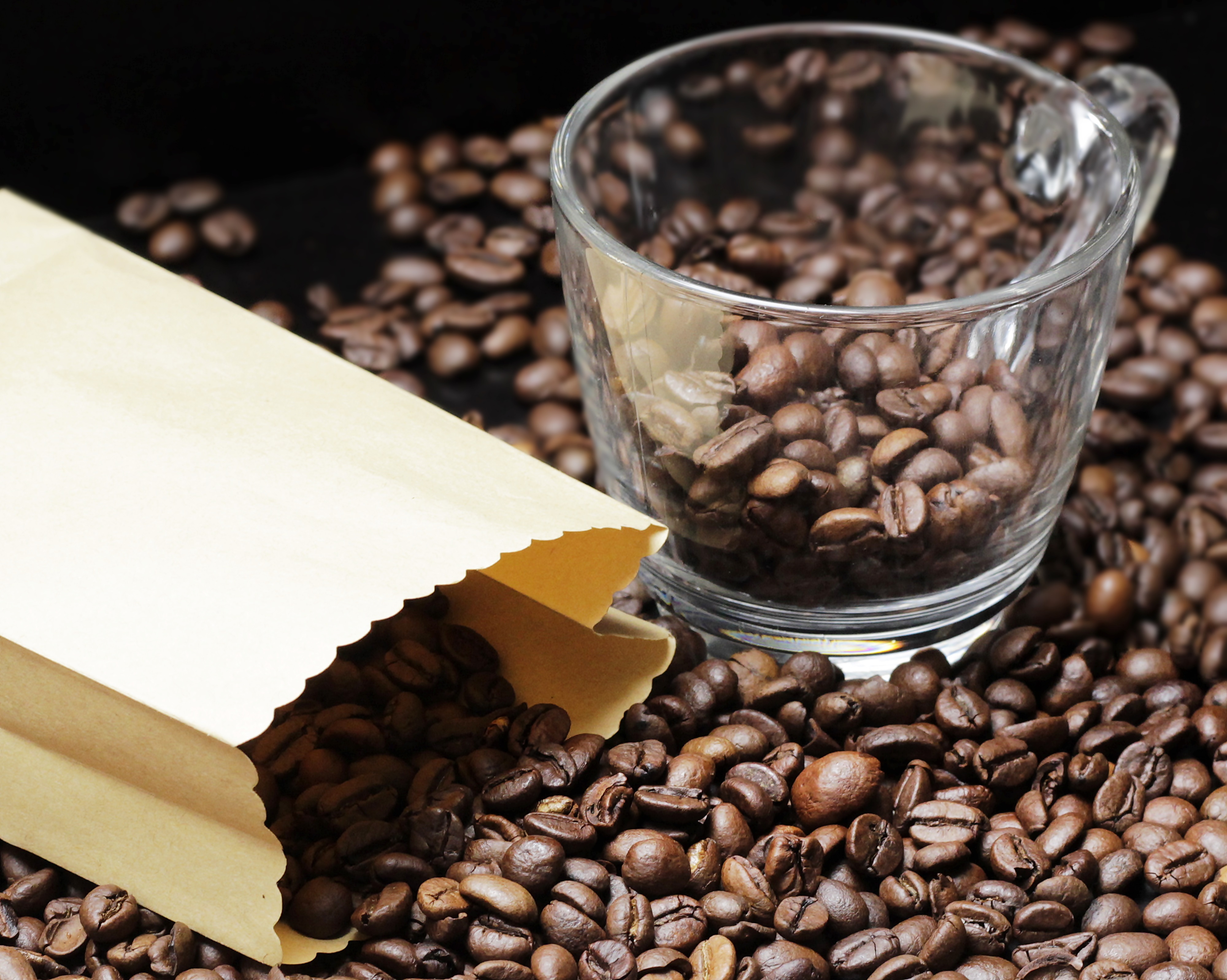 Subscribe for all the latest news, promotions and product updates